What In the World Happened To You

This question by the Offspring got me thinking. This song dates back to their Smash album, which ironically was released back in my undergrad days of DePaul. I say ironic because while one of my closest cousins told me I would like the album the only song that really stood out to me is "Gotta Get Away". Why? It contains the verse "this demon in my head" which had multiple meanings to me. First, I went to DePaul and you hoped the Blue Demons would maybe, just maybe play a real game of basketball. Second, college for me, as with most people, is a time of individual self-awaking and I was fighting a lot of internal demons from growing up. Outside of that one song, I didn't really care for the Offspring.

I entered as a Physics major taking many a physics, chemistry and math course while working toward completing my liberal study requirements. I liked building things. As a naive youth, I thought it would be fun to build projects for the space program (NASA). Freshman year is also the time I, along with a lot of my classmates would let of stress in my favorite part of the campus, the student union. Two cafeterias, pool tables and arcade machines was my little paradise in the day to day class work routine. I was making friends, drinking at parties at friend's houses, typical college stuff.

But what came out of college is something totally different, or is it? I've always enjoyed courses that were more puzzle solving and when Calculus level 2 started to go over the deep end I found better, more real world puzzles to solve in Computer Science. I kept approaching every course with the idea that it would offer me insight to my main goal, building something incredible that the public would love. Perhaps I would even start my own company to be responsible for said product or service. But I realized that isn't my only interest in life. There were many things about myself that I learned from those liberal study courses from morality to interests to pass times. In order to do that though I would have to overcome a lot of demons. For starters I was the product of relationship outside of a marriage. Ironically I was born into a house of hard core Catholics who are normally against such things. Church was mandatory until the middle of high school in which I just said no. And of course, since my biological dad was never around, that opened up a whole bunch of demons when it comes to playing sports or just knowing how guys interact with each other. Don't even get started on the demons from discovering that girls are hot only to have to a mom who decided sex is evil to come along and squash any productive dialog. I had to fight the demon of being envious of kids who had a relationship with both their parents as they seemed well on their way to living the good life. 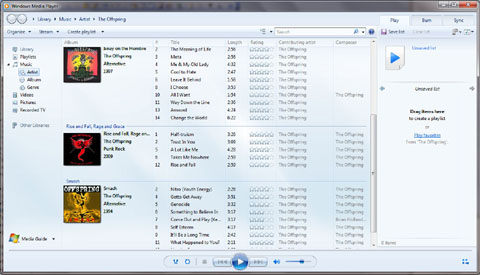 As a kid I never really had an opinion of music. I heard pop music growing up and remember Shadow Stevens doing American Top 40 every Sunday which served my biggest exposure to songs and artists. It was a DePaul music class instructor who taught me how to listen to music. That class ruined me, from then on I was listening to solos and how the bass and guitar players were going different chords and that vocals aren't about lyrics but how the voice is an instrument. Here is another demon, I like rock music as it does all of these neat music tricks. I never listened to it much as a kid because my mom didn't like music in which she didn't understand the words. It would be years before I would appreciate Van Hallen and Metallica and in the process find that I truly do enjoy music. Then there is art. I loved to draw with my favorite style being pencil and line art. I was mocked for the crazy mythical characters I doodled by my aunt. As I got better I started registering my drawings and received US Copyright protection. An art professor at DePaul asked if he could use one of my sketches in one of pieces and invited me to a showing that was premiering some of his work. It was my vindication that while I am not a great artist I can sketch pretty well.

Essentially, my life is me constantly proving things about myself and my ideas to doubters. My Computer Science adviser, Dr. Henry Harr, told me that he saw me going far in computer science because while I stuck to my ideas, I also listened. I have been with my current employer for a long, long time and it has only been in recent history that my designs won out over business as usual. Now business as usual was reacting to what customers wanted, even if the idea wasn't that good. What changed? The idea of mobile computing happened with Windows Smart Phones. With no one sure that phone computing or even PDAs would be a big market, I was given a go ahead to develop my implementation for the platform. In the process I proved that our technology could be used in more robust and automated ways while earning awards from Microsoft including our companies first Operating System certification logo. I was given the chance to port that product back to the desktop. Management wasn't happy with the idea until a paying customer saw my prototypes and said they would only buy that, otherwise they were going with another vendor. Even with that working in my favor, it took time for the company to warm up to my radical designs for changing how computer users and servers interact with our core libraries. For about two years my software was dubbed Gaspar's New Paradigm until it became to costly and unrealistic to maintain the old software, at that time my stuff became the main products. I still, at night watching the late sports games, work on my computer developing other ideas of trends I see rising and start prototyping things purely out of spite as I still see people doubt some of my suggestions.

What DePaul taught me is that life isn't learning how to do things, but how to teach yourself how to do things. The Internet emerged while I was in college and looking up stuff online or finding people who knew things I didn't all added up to making something incredible out of a life whose foundation I always felt wasn't that strong. Today the student union that I spent a lot of time at doesn't exist. It has since been moved and replaced with the new science building. But outside the front door of that new building is a side walk with many names, one of which is mine. It simply reads thank you to DePaul and the two people who make me feel strong enough to keep moving forward and do everything I enjoy doing. While at DePaul I also learned that one of the great American machines was pinball. This turned out to be a good thing as many people who enjoy pinball are also in the IT field, thus exposing me to more of a computer social network than DePaul's own Alumni association. These are both radical ideas when I was raised in a house hold of learned helplessness.

Today, thanks to my love of Rock music, there is a new theme song that speaks out to me and is up there with my all time favorite songs. The lyrics really sum up my life in a nutshell. "One is for envy and one just for spite. The cuts in my heart they show in your eyes. Don't make it better, the twisted knife turns by itself, on to someone else. Your self liberation will leave this behind, beyond slings and arrows that reign on our minds. You'll make it better. Shake it off! It never mattered... anyway." Essentially this is a Half-Truism. I've liberated myself from the past and the negative people that surrounded me before college opened my eyes. I've been envious of those who had better youths and easier times at getting things in life and I do a lot of things to spite those who don't believe in my ideas or refuse to acknowledge that I know what I am talking about. Have I reached my self liberation? I have a loving wife who thinks I am for the most part awesome and a son who is the most entertaining person around. And for some reason, I have had over the years youth that find me to be a decent mentor. David, Jackson, Joel, I don't know why they keep coming back but there is just a great feeling that I can help point them in the right direction even though I never had first hand experience of guidance myself.

Have you recognized the lyrics to that song above? If not they are found on the opening track of the Rise and Fall, Rage and Grace album by the Offspring. Funny how a group that started out a life theme song in college has returned 18 years later with another. And while all that time has passed I'm still a computer junkie making software, who loves driving and taking road trips listening to rock and punk, draws and writes down ideas for stories, watching hockey, shooting hoops, riding bikes and playing pinball who always has a good time getting drunk with his friends. I'm a gym-shoe, jean, t-shirt, ball cap kind of guy who doesn't need fancy gadgets to get by. Thanks to the help of weight watchers I also have a body similar to what I had back then. So what has happened to me? Since College, nothing. Maybe in the end that is a good thing since this is who I truly am. However should the 14 year old version of myself find me today, that kid who was to stupid to realize the girl next door wanted him, he would run scared of me now since by comparison I live my life over the edge.

Power of Progress Back to School Randomness What In the World Happened To You? 8th Grader Game Coder When Hobbies Take Over Blackout: The Great Disconnect Different Is Awesome
Copyright (c) 2018 , Mike Gaspar, Wolffysoft